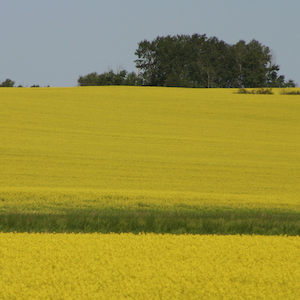 Ben Belldegrun of Pontifax AgTech Joins Inocucor’s Board of Directors

Concurrently, Ben Belldegrun, managing partner and co-founder of Pontifax AgTech, which led Inocucor’s Series B second close funding of $9.5 million, has joined its board of directors. The first close of Inocucor’s Series B equity financing of $29 million was led by TPG ART, with participation from existing investors.

Inocucor’s President and CEO Donald R. Marvin said funds will be used to expand the company’s newly combined R&D teams’ work on development of a new class of crop inputs that combine Inocucor’s biologicals with ATP’s plant nutrients for canola, corn, soybean and other broadacre crops, as well as high-value produce markets. Products will be formulated based on plant type, geography and soil conditions.

“Our R&D focus will always be grounded in development of microbial technologies that enhance the performance of traditional crop inputs,” said Marvin. “Inocucor is well-positioned to lead the ag tech sector with ready-to-use products that combine biologicals with plant nutrients.”

In May, Inocucor will occupy its new 30,000-square-foot U.S. headquarters and commercialization office currently under construction in Centennial, Colo. Its Montreal-based, R&D-focused Technical Center of Excellence was recently expanded from 10,000 to 20,000 square feet. The company employs about 65 people in Canada and the U.S., and anticipates adding another 25 to 30 high-level scientific and managerial professionals over the next year.