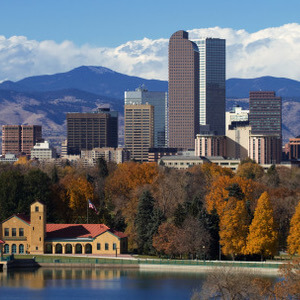 Denver, July 27, 2017 — Inocucor Corporation, a developer and producer of powerful biological crop inputs for agriculture, announced it will open its 30,000-square-foot U.S. headquarters and commercialization office at 7304 South Joliet Street in Centennial, Colo.

Inocucor uses a patented fermentation process to combine multi-strains of bacteria and yeasts into powerful soil and plant optimizers that are safe for people and the environment. These products naturally improve crop yields, shorten growing periods and create healthier, more resilient soils for farmers and greenhouse growers.

Concurrent with the Denver headquarters and production facility opening this fall, Inocucor will be doubling its existing 10,000-square-foot lab and offices in Montreal. The Montreal facility will become its Technical Center of Excellence for technology innovation, new-product development, fermentation process development and pilot production. This entity will continue to be called Inocucor Technologies Inc. and will remain its Canadian headquarters.

Inocucor currently employs approximately 30 people in Montreal and the U.S. The company plans to add another 50 high-level scientific and managerial staff in both in its Montreal and Denver operations over the next 18 months.

The company’s move to Denver is supported by a performance-based Job Growth Incentive Tax Credit of $1,322,918 approved by Colorado’s Economic Development Commission.

“Inocucor is a leader in the emerging sector of specialty ag biologicals,” said Inocucor’s President and CEO Donald R. Marvin, a Denver resident. “We are one of a handful of companies that have successfully commercialized microbial crop inputs based on a microbial consortia technology that improve the plant microbiome, which translates into healthier soils and improved water quality. The result for the grower is improved crop yields and reduced need for pesticides and chemical fertilizers.”

Inocucor’s flagship product, Garden Solution®, soon to be rebranded in the U.S. as Synergro™, is a live-cell formulation for high-value produce, such as strawberries, tomatoes, lettuce and broccoli. Synergro FreeTM is a cell-free bio-fertilizer additive to existing plant nutrients for commodity row crops, such as soybean, corn and wheat. Inocucor’s new-product development pipeline includes bio-control formulations that combat economically devastating diseases in crops such as strawberries, tomatoes and potatoes.